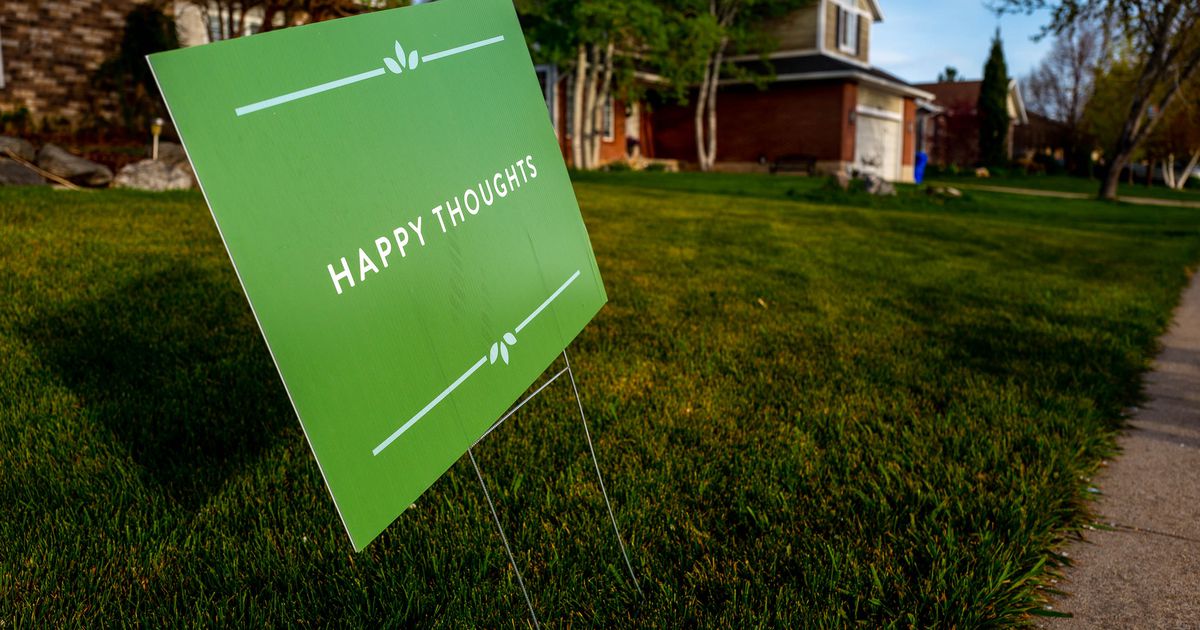 Andy Larsen breaks down decades of data that show we are not as happy as we used to be.

We the People… how are we doing, anyway?

The preamble to the U.S. Constitution is one of my favorite snippets of writing. In just 52 words it sets the goals of an entire nation, an entire system of governance. And among them is to “promote the general welfare,” or as the dictionary defines it, “a contented state of being happy and healthy and prosperous.”

Given that, it’s worthwhile to look at our happiness as a people to figure out where we are, where things are going well and where we could stand to do a little better.

Utah’s a good example of this, actually. When you look at measures of well-being, Utah ranks third, behind New Hampshire and Hawaii, thanks in large part to strong social and community ties. So people are generally quite happy here — except for those who are not. Utah also has the 11th-most depressed people in the U.S., per data from the Centers for Disease Control and Prevention. (Worryingly, the 2020 report from Mental Health America shows Utah ranks 50th in terms of access to mental health care.)
I wanted to investigate this dichotomy. So, inspired by a study by psychologists Jean Twenge and A. Bell Cooper, I pulled data from the General Social Survey. This is an ongoing project from an independent research organization called NORC at the University of Chicago. Since 1972, the GSS has asked a representative slice of America how happy they are.

Generally, people scored above a 50 on our Happiness Index, but the scores are mostly moving in the wrong direction. Let’s dig into the data.

Tracking happiness by educational attainment was one of the topics Twenge and Cooper looked at in their study, and someone posted one of their graphs in my Twitter feed, sending me down this rabbit hole.

As it turns out, there’s a huge and widening gulf of happiness between those who receive a four-year degree and those who have not.

People who have gotten a four year degree are still basically as happy as they were 45 years ago, coming in at a 66 in our index. People who haven’t gotten a degree, though, have become significantly less happy over time, dropping from a score above 62 down to about 57. That sounds like a small change, but it’s actually a significant one.

I don’t know about you, but when I see data like this, I immediately start questioning it. Does education make people happier, or is it just because people who go to college generally make more money?

So I split the data by whether or not the respondent’s family made more than $50,000 a year (adjusted for inflation to 2020 dollars).

We see the same trend. Yes, those who insist money can’t buy happiness have some explaining to do because people with money are consistently happier. That being said, there have always been differences in income — the fact that poorer families are becoming less and less happy needs to be deciphered and probably addressed.

But what about education? The GSS also asks people to do a quick 10-word vocab test. Those who got more than six words right were happier than those who didn’t, but both are declining.

Those with a better vocabulary (considered to be smarter) saw their index scores plummet from about 65.5 to a bit above 60, while those who missed the vocab questions saw their happiness decline from 61 to a little below 58. In other words, while being smarter seems to be correlated with more happiness, the change over the past 45 years seems to be more about the money.

As much as I wanted to study the happiness of Utahns specifically, the GSS didn’t have enough respondents from our state to get statistically significant conclusions.

What we can do, though, is look at the responses by region. Truthfully, there isn’t much difference, though mountain region inhabitants have done the best at grasping onto their happiness over the years, while the east and west coasts have seen the biggest decline.

What if we look at what kind of place people live in? The GSS has categories for whether people live in a city, suburb or a smaller location.

It was also interesting to look at this data sorted by the health of the respondents. Obviously, healthy people are happier than unhealthy ones, but it turns out that the relatively sick among us are even more unhappy than they were decades ago, dropping from above 45 to about 37.

That trend should really be going the other way in a just society. We’ve had countless advancements in medicine in the past 40 years, and big improvements in quality-of-care for those who are sick. And yet, those with fair to poor health are becoming more miserable.

I was also interested to know the impact of people’s lifestyle. The GSS tracks hundreds of these variables, too many to pack into one article.

Surprise! No longer is the regular bar-goer likely to be just metaphorically counting down the days until death; rather, bar-goers are among the happiest individuals now, coming in right below those who spend their time with family.

But after you’re done at the bar, you might be happiest to head home to that special someone. According to the research, those with one sex partner in the last year are happier than those with zero or multiple partners, with not much change since the survey first asked the question in the 80s:

Of course, when Utah separates itself from the pack in any way, the go-to explanation is often the influence of The Church of Jesus Christ of Latter-Day Saints. There aren’t a huge number of Latter-Day Saint respondents in the GSS, so the data is a little bit wild. Still, we can see the average difference in reported happiness between LDS, Protestants, Catholics, and those who claim no religion.

As best as we can tell from the limited data, the happiness of Latter-Day Saints has largely stayed at about 65 in our index, a higher rate than other religions. Those with no religion started off with significantly less happiness than those without, below 55, but that group has been gaining.

Regardless of the actual religion chosen, those who regularly attend church services report being happier than those who don’t. (In this case, regular attendance was defined as going at least twice per month.)

That being said, the happiness of those who regularly attend church in relation to everyone else has been falling; the other groups have remained pretty stagnant.

In this data, you can see how our society has changed in the past 40+ years: we’re seeing less happiness in those with lower incomes, those who live in rural areas or the suburbs, those who are in poor health, and those who regularly attend church. These people feel like they’re getting less of a reward from life than they used to a generation or two ago.

Meanwhile, it’s harder to find people who report greater happiness — those in excellent health have seen slight gains, and we can quixotically add the group of regular bar-goers to that sparse list.

Of course, the pandemic hasn’t helped in any way; we’ll get a greater accounting of its impact once the GSS releases its 2020 survey data in mid-2021. That will give us even further information to consider how best to spend resources to recover from COVID-19′s short-term effects.

But in doing so, we’ll want to keep an eye on this long-term picture — large swaths of Americans have been getting unhappier for decades now. Can we turn it around? What can we do to not just pursue happiness, but obtain it?

Andy Larsen is a data columnist. He is also one of The Salt Lake Tribune’s Utah Jazz beat writers. You can reach him at [email protected].
Recent Posts
Archives
Categories
About Us
Sosiago