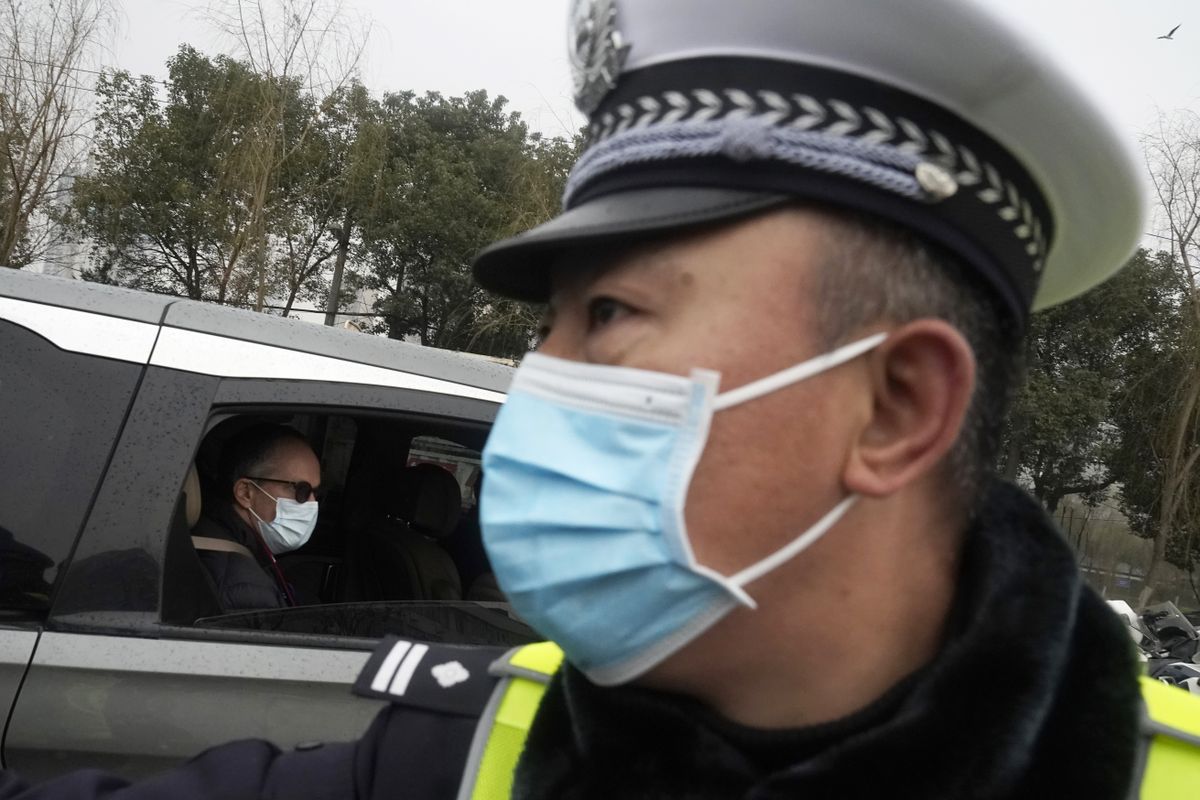 WUHAN, China – A World Health Organization team looking into the origins of the novel coronavirus pandemic on Sunday visited the food market in this central Chinese city that was linked to many early infections.

The team members visited the Huanan Seafood Market for about an hour in the afternoon, and one of them flashed a thumbs-up sign when reporters asked how the trip was going.

The market was the site of a December 2019 outbreak of the virus. Scientists initially suspected the virus came from wild animals sold in the market. The market has since been largely ruled out but it could provide hints to how the virus spread so widely.

“Very important site visits today – a wholesale market first & Huanan Seafood Market just now,” Peter Daszak, a zoologist with the U.S. group EcoHealth Alliance and a member of the WHO team, said in a tweet. “Very informative & critical for our joint teams to understand the epidemiology of COVID as it started to spread at the end of 2019.”

Earlier in the day, the team members were also seen walking through sections of the Baishazhou market – one of the largest wet markets in Wuhan – surrounded by a large entourage of Chinese officials and representatives. The market was the food distribution center for Wuhan during the city’s 76-day lockdown last year.

The members, with expertise in veterinary medicine, virology, food safety and epidemiology, have so far visited two hospitals at the center of the early outbreak – Wuhan Jinyintan Hospital and the Hubei Integrated Chinese and Western Medicine Hospital.

On Saturday, they also visited a museum exhibition dedicated to the early history of COVID-19.

The mission has become politically charged, as China seeks to avoid blame for alleged missteps in its early response to the outbreak.

A single visit by scientists is unlikely to confirm the virus’s origins. Pinning down an outbreak’s animal reservoir is typically an exhaustive endeavor that takes years of research including taking animal samples, genetic analysis and epidemiological studies.

One possibility is that a wildlife poacher might have passed the virus to traders who carried it to Wuhan. The Chinese government has promoted theories, with very little evidence, that the outbreak might have started with imports of frozen seafood tainted with the virus, a notion roundly rejected by international scientists and agencies.